With more than a century of experience in discovering and nurturing iconic recording artists, Parlophone is among the best known and most loved record labels in the world. The company joined the Warner Music Group family on July 1st, 2013.

Originally founded in Germany in 1896 by the Carl Lindström Company as Parlophon, the British arm of the label was formed in 1923 under the name Parlophone Records, which quickly developed an identity as a leading jazz label. In 1926, Parlophone was acquired by the Columbia Phonograph Company which, a few years later, merged with The Gramophone Company and became Electric and Musical Industries (EMI).

George Martin joined Parlophone in 1950 as Assistant Label Manager, taking over as Manager in 1955. Martin produced and released a wide range of recordings including albums by comedy group The Goons, the pianist Mrs Mills and teen idol Adam Faith. In 1962, Martin signed rising Liverpool band The Beatles. With Cilla Black, Billy J. Kramer, The Fourmost and The Hollies also signed to the label, Parlophone consolidated its reputation as one of the world’s most famous and prestigious record labels.

In recent decades, Parlophone artists have continued to make their mark on modern music. The 1990’s saw the careers of Blur and Radiohead take off to huge critical acclaim. In 2000, Coldplay released their number one debut album in the UK, Parachutes, which went on to win a Grammy for Best Alternative Music Album. With artists as diverse as Kylie Minogue, Lily Allen and Pet Shop Boys, Parlophone flourished throughout the decade as a stalwart of the British music scene. 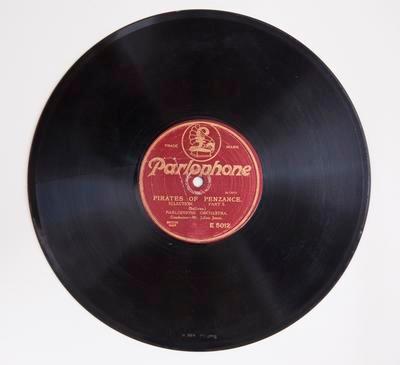