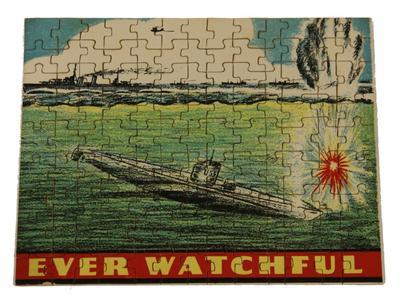 Production date
1940s
Description
Jigsaw titled 'Ever Watchful'. This puzzle depicts a real event: the sinking of the German submarine U55. A flotilla of British and French naval vessels caused the German submarine to sink on 30 January 1940. The German captain went down with the vessel but the rest of the crew were rescued by the attacking convoy.
See full details