Biography
With artistic skills developed under the tuition of Sydney Thompson and Archibald Nicoll, at the Canterbury College School of Art, Savage travelled widely and worked as a full-time artist. He lived in Fiji from 1930-1935, Sydney from 1935-1940, and served overseas in World War Two. After 1955 he lived mainly in Spain and Greece, but returned to New Zealand briefly in 1964 where he was interviewed by the "Christchurch Star".
He commented that he sold paintings to all New Zealand galleries "except in Auckland - I'm not modern".
- Lara Strongman, Curator of Fine Arts 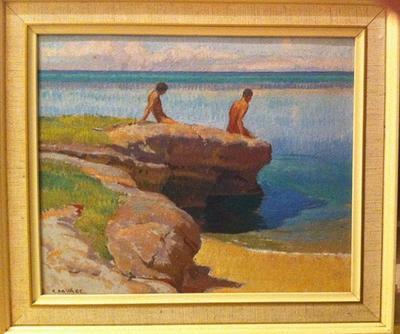