Biography
Len Castle is a pioneer of New Zealand stoneware potters in that he was one of the first to make high temperature wares in the Leach-Murray/Hamada-Kawai tradition. An expressive and intuitive artist-potter, Castle has always been concerned with what a pot does to a person rather than what a person does with a pot. Self-taught, he commenced potting in 1946, and was awarded a scholarship to study with Bernard Leach at St Ives in England in 1956. This introduced him to the philosophies of Japanese master potter, Shoji Hamada, and later, in 1966, he studied in Japan returning in 1974 to visit that country, South Korea and China as a member of a delegation of five New Zealand potters sponsored by the Ministry of Foreign Affairs.

Training in the natural sciences (biology, geology, botany) manifests itself in Castle's work, although he admits conscious desire to emulate the forms of the organic world:

" There is a dichotomy in my work. On one side pots
within the boundaries of pottery tradition, and on
the other side ceramic objects that have evolved
from sophisticated play, exploration and sometimes
fun games."

Characteristic of his work are the unglazed surfaces, washed or brushed with local, ochrous, clays, burnt umber and manganese trioxide, or a combination of these pigments:

" The subtleties of the behaviour of clay fascinates
me. I find myself increasingly reluctant to cover
the gritty textured clay surface with glazes, often
being satisfied to wash the surface of the pot with
thin layers of ochrous pigments to emphasise the
interplay between clay, hands, tools and fire."

Since 1965, Len Castle has had numerous one man exhibitions in New Zealand, Australia, Japan and the United States of America.

" My fingers have manipulated and known intimately
about sixty tons of clay during twenty-five years of
potting, from the inert stuff in the ground to the
stone-hard mass of the fired pot. My respect and
fascination for it remains." 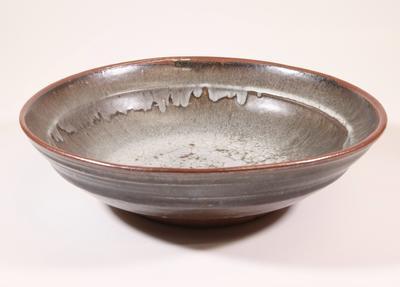 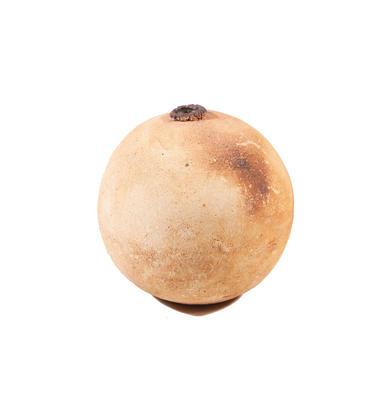 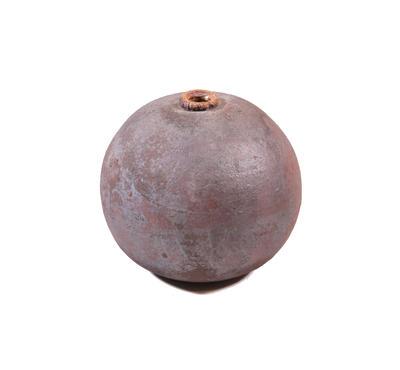 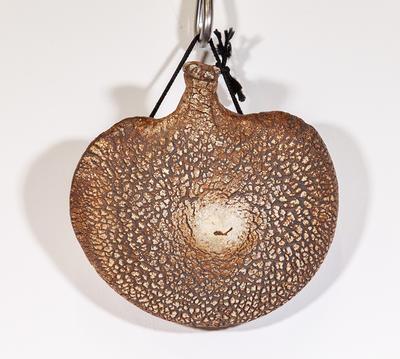 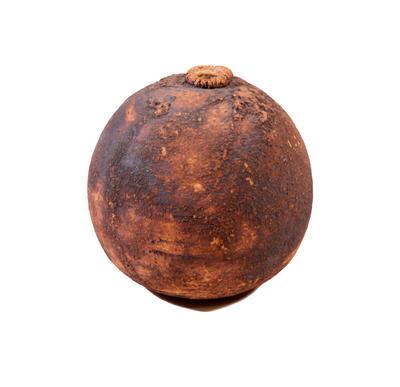 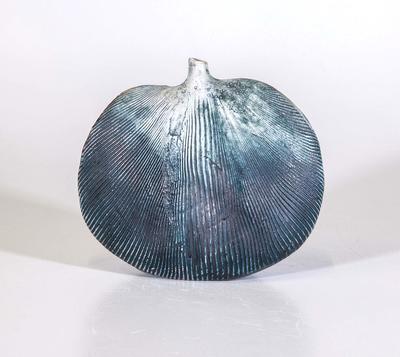 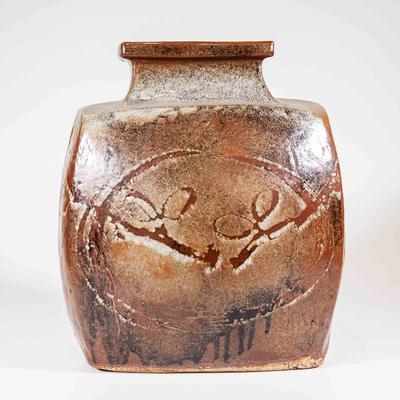 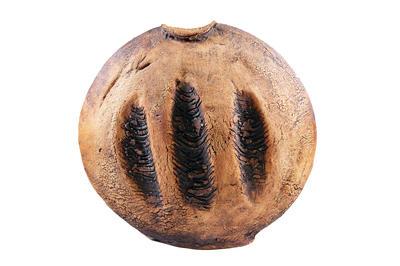 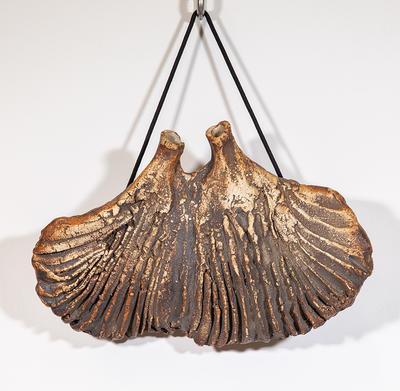