Date of birth
Date of death
Place of birth
England

Biography
John Kinder was amateur artist who arrived in New Zealand in 1855. He made journeys by foot and horseback throughout the colony, carrying his sketchbook and making drawings of the landscape: he was also a keen photographer, and made numerous photographic records of the features that interested him in the landscape. He used these sketches and photographs as notes for the finished watercolours that he worked on later in his studio.

As a painter, Kinder always worked on a modest scale. He made art for his personal interest, rather than for financial gain. He was always concerned with making a record of specific landscape features or dwellings, documenting exactly what he saw rather than distorting or inventing subject matter for artistic effect. His practice of describing in detail the physical features of a place, using maps, charts, or other images, was known as topography, and was common to many of the first European artists in New Zealand. As a colonial artist, perhaps this detailed topographical recording of the landscape helped Kinder to understand the new land to which he had emigrated.

Kinder frequently presented his work in albums. This enabled him to bring together a sequence of views that told a story through the juxtaposition of images. Sometimes these would be mounted many years after Kinder had made the original journey around New Zealand. As such, they served as romantic mementos of a colonial past left behind by the swiftly developing society. 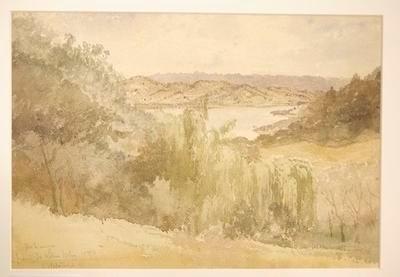 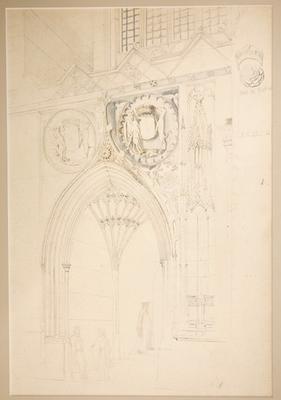 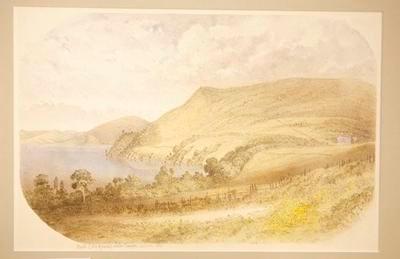 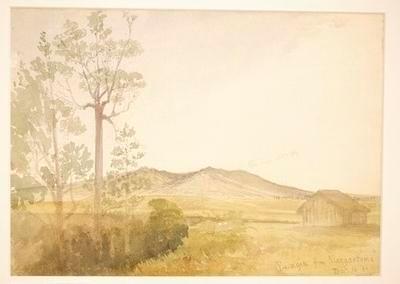 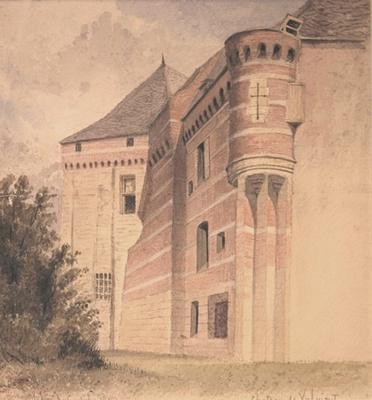 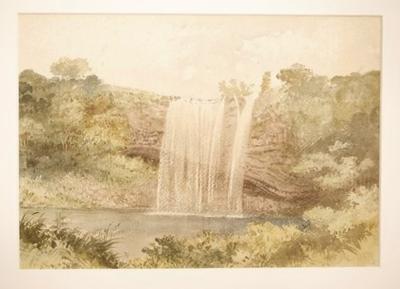