Remarks: Said to be the brother of George Redfern, photographer. Probable arrival on the William Miles 12 November 1862. A photograph of Alice and Annie Denison (Auckland City Libraries Special Collections - safe) has an inscription "R.Redfern, Art Studio, Queen St., Auckland" on the reverse. It can be dated to 1879/80 from the girls' ages. Card index at Auckland Museum Library has the spelling REDFURN. Knight (1981) says Brown Street and Queen Street, c1880. There was no Brown Street in Central Auckland in the 1880s and this element of the address has probably been transferred from the entry for W H Reed which precedes this entry in Knight's index. Studio "opposite the Market, Queen Street" according to Waikato Times 1 Jan 1880. He was living in Richmond Road in 1883 (Ponsonby Highway District Board, PHB003, item 1, p77). 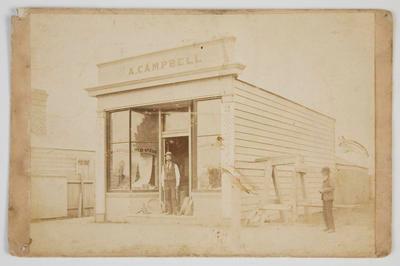