RAISED IN HAMILTON, Paul Judd attended Hamilton Boys High and from an early age, he always knew he wanted to work full-time as an artist. He attained an honours degree in media arts from Wintec, followed by a Masters degree at the renowned RMIT in Melbourne.

Not many artists can afford to live on the income from their work, Paul was committed to achieving just that.
“You have to be very committed to it and have a real passion. I made a decision early on that to get to the stage where I could paint full time, and earn a living from it, first I would have to get some capital together.
I travelled and did odd jobs along the way as well as selling my paintings. I also had a stint teaching art at Wintec in Hamilton”.
He said that, for the past ten years his career has been as a full-time artist.

“My very first show in Auckland was a near sell-out so I did get off to a good start. Since then I’ve had 15 solo exhibitions, and ten group exhibitions”.

Paul’s signature works are considered to be narrative paintings that ‘tell a story’. He uses mainly oil-based paints, a skill seldom taught in art school these days. “The process certainly takes longer. It can take six months for an oil painting to cure but the end result is worth it. People are amazed when I tell them that some works can take two months full-time work for the actual painting process. You can see why good art needs to fetch decent prices”, he laughs, but with considerable conviction.

Ficticious characters are also his signature and these characters always have an influence on the title of each painting He puts an enormous amount of thought into choice of characters, and their relationship to each other so that the finished piece provides clues as to what the plot might be.
He also has a passion for boats, which probably came from his father who used to build clinker boats. He also dabbled in restoring motorcycles. His Mother was an artist and between the two of them, his parents were very clever with their hands.

“I guess some of that has rubbed off on me”, he says.

SO WHERE ELSE DOES HE DRAW HIS INSPIRATION FROM?

“Everything that surrounds me; people, movies, good novels, and I am lucky to have been well travelled”. And as for other artists, he named Sarmento, Cy Twombly, Od Nerdrum, and Bill Hammond as those he admires.

Paul doesn’t just paint either. He is unusual in that he works with both figurative and abstract art and also has an ongoing project that involves three-dimensional pieces about habitation and architecture, so covers a lot of bases in his artistic involvements. Paul was also a finalist in one of the premiere art awards in the country, the recent 2009 Wallace Awards, for a photographic work.

While on the topic of awards, Paul has won his fair share of them. He is especially proud of his very first competition. He won the inaugural New Zealand National No.8 Wire Sculpture Competition for his piece titled ‘Poppies’. Other awards adorn his studio.

So what about the digital era? He didn’t think this had necessarily developed art. “It just gives the artist more tools to work with, which I think is a good thing. But oil paintings will always have their place much the same as magazines won’t ever be made redundant because of the internet”, he said.

To relax, Paul and his partner Linda have a bach in the Coromandel where he makes a lot of drawings which he may later use as a basis for future paintings. They built the bach themselves and say it’s a ‘real kiwi bach’ including a good old-fashioned long drop down the back of the property.

Gardening provides a break away from painting and is another much enjoyed activity. “I also make time to meet with a close group of friends, who also happen to be artists, for a coffee and to share thoughts and ideas”.
He also takes small groups of advanced artists for ‘private teaching’ and he adds that these sessions are less about techniques and more about emotional content, problem solving, motivation, and with a primary focus on quality.
Paul plans his exhibitions, and projects one at a time. “I usually book an exhibition, and then work towards that date. I am lucky - I’m very disciplined and handle deadlines well”.

Although most of his exhibitions during the past five years have been in Auckland, he is looking forward to an exhibition closer to home at La Mezz gallery in Hamilton in mid-October. The exhibition is called ‘Boplicity’ which was inspired by his love of music.

WE HEADED NEXT FOR THE MERCENARY QUESTION - HOW CAN YOU
PLACE A PRICE ON A PIECE OF ART?

“Like anything it’s supply and demand”, he said. “At the start you obviously have to guess, but as you become better known in an artistic and commercial sense, you can increase your prices to match a higher profile. You also know you’ve raised your profile when a museum or private collector starts buying your art and I feel fortunate when they see something of value in my works”.

It is noticeable that Paul does not put his signature on the face of his art. “To me that only disturbs the composition of the painting, and that’s why I sign on the back. I like to think my art has it’s own signature anyway. You won’t see much art out there that looks like mine - it is very distinctive” he said.


“A recent Milford Track walk has provided inspiration for future projects which will focus on famous New Zealand pioneering and historical figures. So that’s what will keep me busy over the next 12 months. I am also getting work ready for upcoming Art Awards and group exhibitions”.

A website is also in the pipeline, but Paul believes art needs to be appreciated in situ and person. We agree - his style is unique and will appeal to many of those who appreciate the style and emotion of his work. One of our top local talents and a name well worth investing in - Paul Judd. 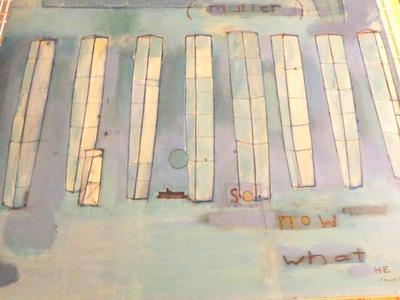 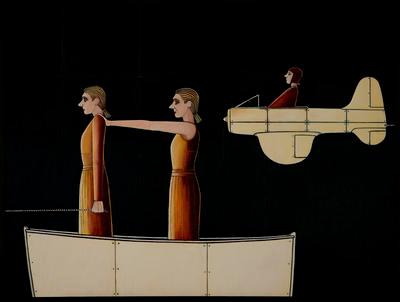