Biography
Arthur James Iles (1870-1943) became well known for formulaic images of Maori taken in the early part of the 20th Century. He established a business in Fenton St, Rotorua in 1900 called ‘Iles Maoriland Souvenir House’ which specialised in selling photographs, postcards, Maaori carvings and artefacts to visitors to the area. While based in Rotorua Iles' produced numerous photographs of the spa, sanatorium facilities and tourist sites which were probably commissioned by the Department of Tourist and Health Resorts. Iles was also based in the Coromandel township of Thames for a number of years operating as Iles Photography. 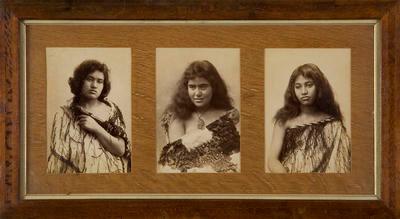