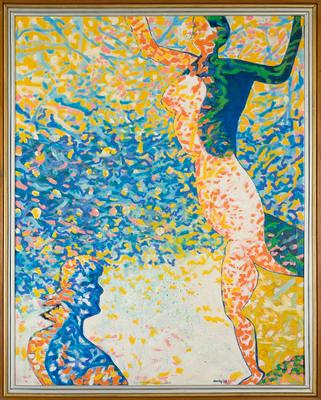 Maker
Patrick Hanly
Production date
1968
Description
Originally part of Hanly’s 1964 ‘Figures in Light’ series, in 1968 the artist reworked this painting to add in the energising molecular aspect as a colourful overlay.

Works from the 1964 series contrasted flat figures with dark shadows to express the joy Hanly had experienced when seeing the bodies of beach-goers set against a visibly harsh coastal environment. The works were also a commentary on the youthfulness of the New Zealand nation, where the presence of Europeans was so fresh they were virtually absorbed into the surrounding landscape.

However, by 1968 Hanly was changing the way he viewed the human form; the two-dimensional figures of the 1964 works were being replaced with fragmented patterns of pulsating energy. In this work, we see both.
See full details 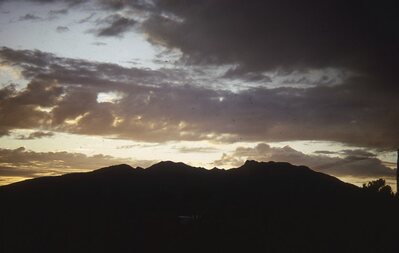