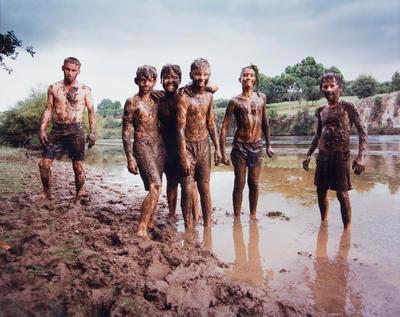 Maker
David Bramwell Cook
Production date
1993
Description
This photograph shows a scene of six boys by riverside - covered from head to toe in mud. One of the boys, second on right (viewers right) is Stephen Kane from Hastings. He was down at the river swimming. David Cook asked the boys to have a mud fight for the photograph. It is near 'Duck Island' [Graham's Island] on the Waikato River. The boy on the left side is Dayle Halbet.
See full details