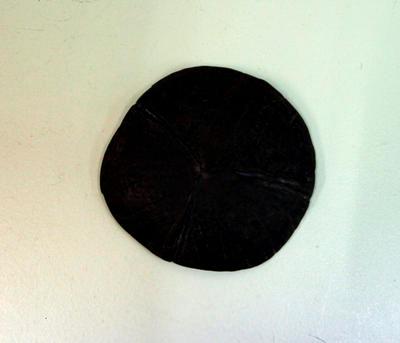 Maker
Unknown Maker
Description
In 1974 Waikato Museum acquired a selection of items, including this dish, from Graham Jackson. Jackson was a New Zealand anthropologist who spent time living with and researching the Kopon and the Kalam people of the Lower Kaironk Valley in Papua New Guinea.

Jackson fieldnotes: Dish or container of coconut shell. This is a piece of coconut (kaymay) shell, traded in. It is used as a shallow container, e.g. for mixing clay and water for body decoration, or to put small shells (wiwo wby) in when working with them. This is an uncommon object for the Kopon. May also scoop up water in it for drinking (then known as alwak).
See full details